Originally, we'd intended for there to be a map included with the first print run of The Emperor of San Francisco. There were a few reasons why it was dropped, but the main one was cost--something I strongly disagreed with. Several maps were created, with state lines, without; there was discussion regarding borders and where I envisioned them versus where others who had read the manuscript envisioned them, and would I alter anything to fit someone else's view?

We reached no agreement before the deadline, thus no licensing fees were paid to the map's creator, so...no map.

This is not nearly as pretty as that map was, but it illustrates quite well how my brain divides the old United States. Missing is Hawaii and Alaska--those were retained by Pacifica. 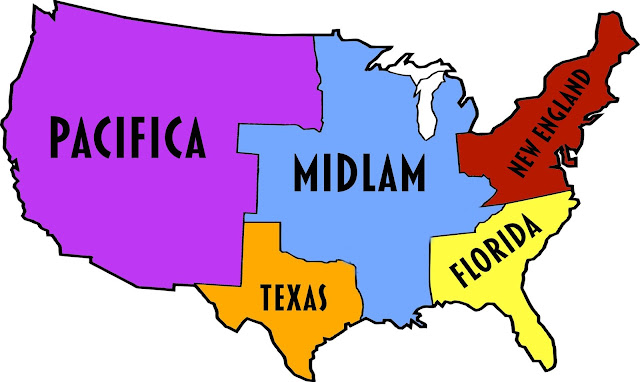 In the books, we've used the state names liberally. Because the base geography is not fiction--this continent exists--it seemed easier to place locations in readers' minds by sticking with the familiar. And in my head, the state borders still exist. Pacifica and Midlam are monarchies, but there are still states, and those states retain certain rights and govern accordingly. 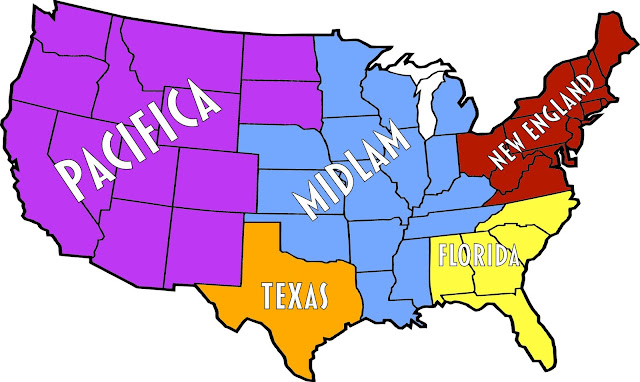 There is an updated map, but not everyone is caught up in the series, so we'll hold back on the new one for a while. 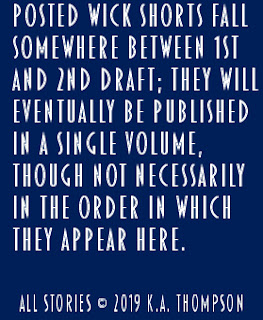